Join us for our anniversary luncheon! Enjoy networking, lunch and a great time with colleagues and friends at the Union League Club of Chicago.

Popular WTTW/PBS television host and producer Geoffrey Baer shares tales from his 7000-mile journey making his newest public television special “Chicago on Vacation.” He traveled in a 1973 Chevy Caprice station wagon to explore the history of iconic vacation destinations like Lake Geneva, Door County, the Wisconsin Dells, Galena, Starved Rock, the Indiana Dunes and the coast of Michigan all the way up to Mackinac Island.

Geoffrey Baer is a seven-time Emmy-winning Public Television writer, producer and program host.  He has been a fixture on Chicago’s PBS station WTTW for 29 years, known for dozens of feature-length programs about the architecture and history of Chicago and for his weekly appearances on the news program Chicago Tonight.  Nationally he hosts the PBS primetime series 10 that Changed Americaabout the built environment across the country. He hosted and co-wrote the PBS primetime special Weekend in Havana.   Other national credits include documentaries about architects Robert A. M. Stern and Michael Graves, and about the saving of Mies van der Rohe’s Farnsworth House.

Thank You to Our Sponsors 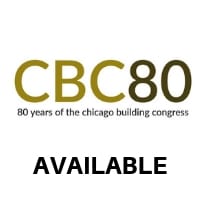